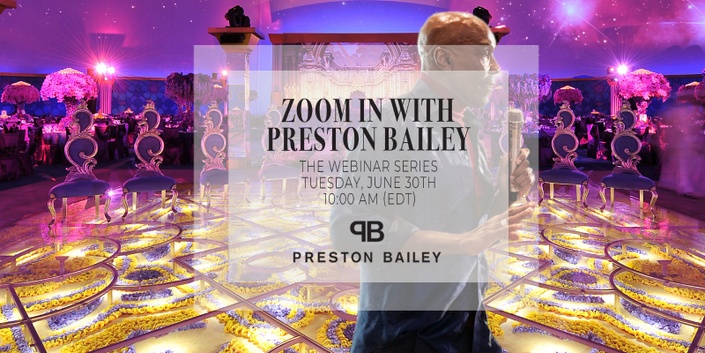 ZOOM IN with Preston Bailey Episode 1 & 2

The webinar series that zooms in on some of the most iconic event designs.

The coupon code you entered is expired or invalid, but the course is still available!

This webinar class will focus on how to successfully design and install a “FLORAL DANCE FLOOR” & "CENTERPIECES"! Learn how to plan and design Preston Bailey's signature “Floral Dance Floors” and more by joining him in his first ever webinar series as he educates, inspires, and transforms spaces, just a click away!

Don't miss a beat & watch this episode on repeat!

The next webinar class topic will be announced soon! 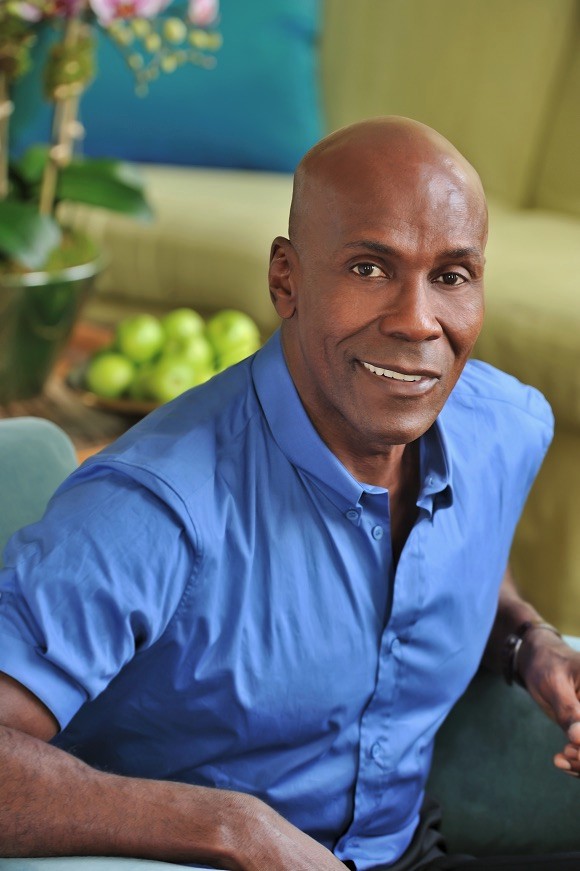 Recently named one of the best wedding designers in the world by Vogue Magazine, Preston Bailey has been globally-celebrated for his unique ability to transform ordinary spaces into lush, theatrical environments. This has helped to establish him as the premier event designer for a client roster that includes celebrities, royal families. CEO's and athletes. Since opening his design studio in 1980, Preston has been sought out to create one-of-a-kind, transformative designs that serve as backdrops for some of the most memorable moments of his clients' lives.

A designer with a passion for creating designs to be enjoyed by the public as well as his clients, he has created a number of art installations, which featured across the world with showcases in New York. Las Vegas, Hong Kong, Jakarta, Taiwan, and London.

The author of seven books - five of them bestsellers - he is often asked to share his experience through speaking engagements , seminars, editorial profiles and television and radio interviews.

When does the course start and finish?
The course starts now and never ends! It is a completely self-paced online course - you decide when you start and when you finish.
How long do I have access to the course?
How does lifetime access sound? After enrolling, you have unlimited access to this course for as long as you like - across any and all devices you own.
What if I am unhappy with the course?
We would never want you to be unhappy! If you are unsatisfied with your purchase, contact us in the first 30 days and we will give you a full refund.
off original price!

The coupon code you entered is expired or invalid, but the course is still available!

Catch the next webinar episode soon & continue to "ZOOM IN" with Preston Bailey!